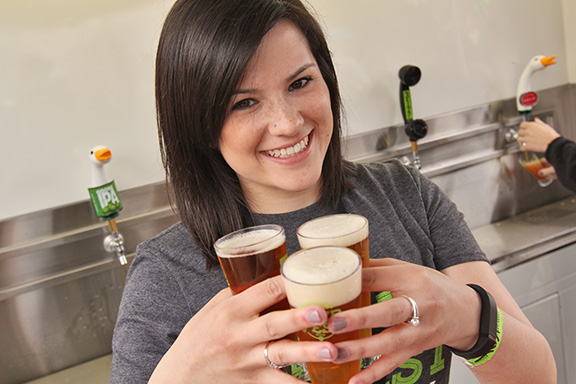 New breweries for the 2021 festival:

Georgia Beer Co.: Known as “Georgia’s Southernmost Brewery,” Georgia Beer Co. is a brewery and taproom in Valdosta that specializes in seasonal ales, stouts and IPAs using locally sourced ingredients. They brew most of their beers true to traditional style, but with as many Georgia-grown ingredients as they can get their hands on.

NoFo Brew Co.: What started as an idea from three friends who love craft beer and their community has grown into NoFo Brew Co., a microbrewery that officially opened its doors in North Forsyth in September 2019. The team has since created a unique environment centered around great craft beer where new ideas and friendships are brewed.

Tantrum Brewing: Tantrum is a family owned and operated brewery located in the North Georgia mountains that started as a single dream of creating a community around beer. They are passionate about making beer better while upholding the values of hard work, family and community.

Firewater Brewing Company: Firewater is a firefighter owned and operated start-up brewery located in Kennesaw who love beer and making their community happy.

Ironshield Brewing: A new brewery located in Lawrenceville that specializes in European style beer in a taproom reminiscent of a German beer hall. The team at Ironshield have more than 30 years of experience, and they bring that knowledge to crafting beers for the heroes and legends among us.