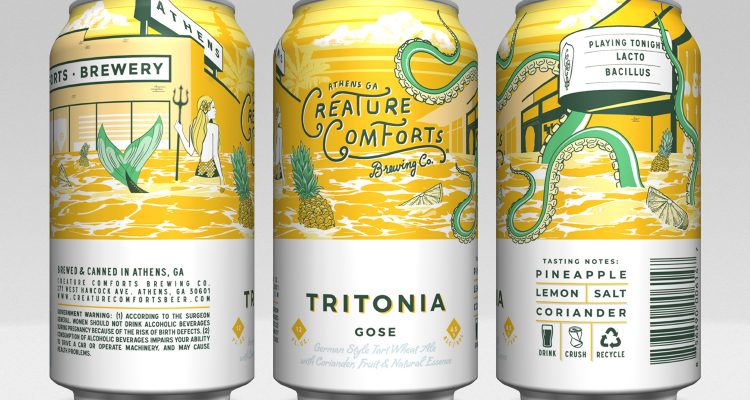 Creature Comforts will be debuting its Pineapple & Lemon Tritonia, a new rendition of the brewery’s popular gose, on December 21st.

Back in 2017, the Athens, Georgia based brewery started releasing the ‘Tritonia’ series in cans, starting with Cucumber & Lime Tritonia. The base tart gose is brewed with coriander and sea salt plus fresh cucumber juice and limes.

As Christmas approaches, Creature Comforts will add a second Tritonia to the series, this one highlighting crisp pineapple and tart lemons. Fans can find this new edition of Tritonia in 12-ounce cans at the brewery starting December 21st, and throughout their distribution area shortly after.