10 Things to Look Forward to at Suwanee Beer Fest 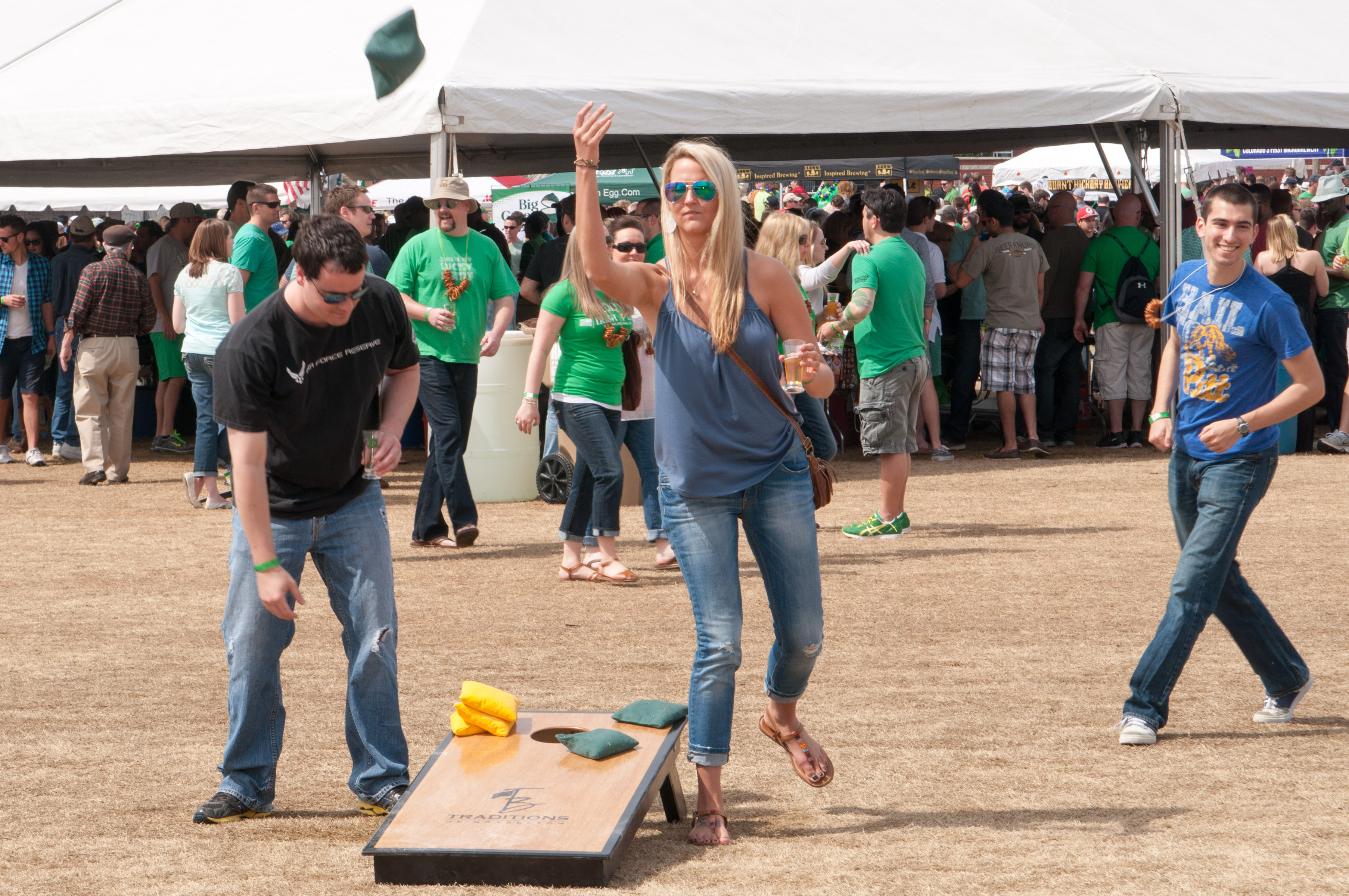 10 Things to Look Forward to at Suwanee Beer Fest

The countdown is ON for the 2021 Suwanee Beer Fest. Taking place on June 26, this year we’re celebrating the festival’s 10th anniversary of bringing the best craft beers to the masses at what USA Today named one of the Top 10 Beer Festivals in the Country. In anticipation of the event, we’ve highlighted 10 things to look forward to this year.

1. BEER! As always, we’re pulling out all the stops to gather the country’s best craft beers. Attendees will enjoy UNLIMITED samples of more than 350 craft beers, guaranteeing there’s something for everyone as well as many new beers sure to please even the pickiest beer lovers.

3. NEW GAMES! Get ready for the backyard games you know and love — giant jenga and cornhole — along with new festival games GIANT beer pong and mobile axe throwing courtesy of our friends at Axeccesive Force.

4. BREW BATTLE! The Georgia Brew Battle returns to crown Georgia’s best beer. Festival attendees will receive a voting token when entering the festival that they can use to cast their vote with their favorite brewery after sampling their beers in the Georgia Beer Garden. The winner will take the coveted Golden Cup Trophy back to their taproom where it will reside until next year’s fest.

6. PRIZES! We’ll be awarding prizes for most festive outfits, so be sure to come dressed to impress in your best America-themed gear.

7. SUPER SUPPORTER TENT! Festival organizers have come up with a special way to say thank you to ticket holders who have held onto their tickets since the original 2020 festival date. Dubbed “Super Supporters,“ these individuals will have a tent dedicated especially to them and will feature exclusive beer tastings, Suwanee Beer Fest swag, and a “survival area” with sunglasses, sunscreen, bottled water and refreshing treats. (Please note, the Super Supporter Tent is separate from VIP.)

8. FOOD! Be sure to pad your belly with some of our awesome food vendors, including Daddy O’Brien’s, Beto’s Tacos, and more!

10. DRINK FOR A GOOD CAUSE! This year a portion of festival proceeds will benefit Cooper’s Crew, a Suwanee-based organization created in honor of Cooper O’Brien, who lost his battle to a rare form of cancer at the young age of 14. Cooper’s Crew provides funding for research and development to find a cure for childhood cancer as well as scholarships for young men and women facing challenging circumstances.